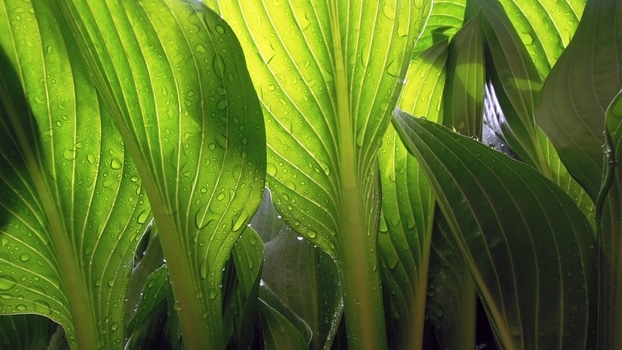 It is prescribed for muscle spasms and frostbite with unbearable itching. Convulsions stop during sleep. In acute poisoning with vomiting and diarrhea. For allergies with itchy rashes.

Apply at the beginning of the disease. The face is red and swollen. Pain is accompanied by goosebumps, numbness, thirst and severe dryness of the skin. When sweat appears, the indications for aconite end.

Indicated in diseases of the uterus and ovaries. It has the chief characteristics of being worse during menstruation and better with eating.

Suitable for diarrhea with urgency and relaxation of the sphincter of the anus. Violent tenesmus and fainting after stool. Hemorrhoids with prolapsed knots, with burning and tenesmus. When urinating and passing gases, feces are released. Prolapse of the rectum in children.

Constipation from dry mucous membranes (bryonia). Even soft stools take a lot of effort to get out.

Loss of memory from mental labour, sexual excesses and old age. Better with eating all symptoms.

A cold bath is the cause of illness. The tongue is coated with a thick white coating. Constant irritability. Worse from heat and cold baths.

Swelling of the genitals is better from cold. Burning, heat, redness. Swelling of the throat, tongue, lips. Pale skin and lack of thirst. The child presses his head into the pillow and constantly turns his head from one side to the other, wakes up with a sharp piercing cry caused by pain. Cramps on one side of the body. Allergies with itching.

Singers hoarse. Fear of loneliness. Arnica Injury. The big toe is swollen, reddened, hot and shiny, extremely sensitive to the slightest touch. The patient cannot bear to be touched or even attempted to be touched.

Cramping at the beginning of a meal. Gastrointestinal infections. Sharp muscle sensitivity. Fetidness of all discharges. Numbness. Senseless facial expression.

Mental retardation. Dwarf growth. Senile atherosclerosis. Senile dizziness. At 3 o’clock in the morning severe pain in the side.

Right-sided dry pleurisy. Worse, slightest movement. Lying on the affected side. Stitching pains in the side. Beginning of bronchitis. Movement in the joints is painful. When the joint is compressed, the pain decreases. Peritonitis. Intercostal neuralgia. Mastitis. The migraine is aggravated by walking. Profuse perspiration of the whole body has a sour smell.

Diseases from dampness (Natr. Sulph.). Urinary retention in children. Urine white. Pain in the jaw is accompanied by increased appetite. Cough comes on when going from warm to cold, damp room. Coughing causes pain in the abdomen.

Hysteria. Seizures. Morning neuralgia. It looks like nails are being driven into the head. The headache is followed by vomiting and copious urine. Pain in stomach immediately after eating. Prolapse of the rectum in children.

Profuse accumulation of mucus in bronchi. Aversion to food. Nausea. Vomiting of mucus. The tongue is clean without plaque.

The heart is squeezed with an iron hand. Joints begin to be affected from top to bottom. Suffocation. Fainting. Cold sweat.

Rickets. Late teething. Starts walking late. Strong sweating of the head. Shortness of breath when going uphill. Cold feet. The stool has a sour smell and contains undigested food. Slow thinking. Vertigo on rising and on turning the head. Afraid of open spaces. Headaches appear in the morning on the right side. They are worse from physical and mental work, as well as from alcohol. Profuse sweat from least exertion. The cure for obesity.

Very viscous yellowish mucus. Worse after midnight. Better sitting and leaning forward. Yellow coating on the tongue. Decreased vision before migraine. Pain in a small area of ​​the body. Ulcer of the stomach and duodenum. Diseases of the veins.

Bleeding. Climax. All symptoms pass from left to right. Sun Migraine. Wakes up with headaches. Pain in temples and crown. The back of the head is filled with lead. Haemorrhoids. Alcoholic cachexia. Profuse sweat in the morning. Cirrhosis. Bedsores. The collar strangles him.

Decreased vision from fatigue. Diseases of the pelvic organs.

Lycopodium. Persistent constipation. Flatulence. Worse from 4 to 8 pm. Cirrhosis. Sand in clear urine. Coryza with normal sense of smell. They see only the left half of the object. Chicken blindness. Itching and burning in the genitals. Chronic diseases of the liver. Urolithiasis disease.

Cramping during teething. Epilepsy. Constipation. Compression in the anus.

Cracks and ulcers on the border of mucous membranes. Bleeding from gums. The head is compressed in the morning. Hypertension. Increased acidity.

Active and funny. Cunning and angry. Convulsions and spasms. Worse from noise, motion and touch. Trembling of the hands of drunkards. Irritability. Desire and diarrhea from coffee and alcohol. Nausea in the morning. Heartburn. Sour burp. Constipation without tenesmus. They love spices. Migraine on waking. Liver diseases. Tobacco poisoning.

Eczema of the head and behind the ears. Abrasions and cracks. Frostbite with itching. Smelly sweat on feet. Worse in winter. Dyspepsia. Increased appetite at night. Pain in stomach goes away after eating (Anac. Chel.). Seasickness. In the evening there is heat in the face and cold feet. Chills are replaced later. Dry and cracked skin.

Hysteria. Afraid of death. Insomnia. Sexual arousal. Megalomania. The pressure goes from top to bottom to the genitals. Internal cold. The head is in a vice.

Menstruation is scanty. Menstruation ended after a cold. Cold liquids are retained, warm liquids are erupted. Tongue covered with white greasy coating. Diarrhea after fatty food. Better outdoors. Thrombophlebitis of the lower extremities. All night dry cough. Better sitting in bed. The headache is relieved by contracting the head. The pain moves from one place to another. The pain decreases with a change in position. Chilliness. Melancholy.

Rheumatism. Left-sided inflammation of the sciatic nerve. Itching and burning in skin diseases. Burns. Red triangle on the tongue. Numbness in left arm and shoulder. It seems that the heart is tired. Diseases from dampness (Dulc.). Vertigo on rising. Sciatica. When tilting the head, it seems that the brain hits the cranium. The pain is better when the head is thrown back. Feeling like you’ve been doused with cold water. Need to stretch. Thirst in heat. Worse from dampness.

Suppuration. Non-healing scars. Chronic ulcers. The pus is thin and smelly with blood. Scabs on the head. Rickets. Pain in occiput from excessive mental exertion. Right side pain above the eye. Epilepsy on new moon. Persistent neuralgia. Night pains in the joints. Worse lying down. Better sitting. Cough from cold drinks. Better from hot. The scratches fester. He eats a lot and loses weight.

Redness of various orifices of the body. Heat attacks. Furuncles. Itching. Rheumatism. Chronic runny nose. Asthma. Dyspepsia of drunkards. Diarrhea from flour. Constipation. Weakness after influenza. Hot and stuffy. Desire to get out into the fresh air. Exit from drinking.

Vertigo with pallor. Seasickness with chills. Multiple sclerosis. Pain in the right side of the head. Migraines in women in a smoky room.

Condylomas. Warts. Frequent and painful urination with burning. Cutting pain in urethra. Complication after vaccinations. The forehead is clamped in a vise. The nail is driven into the crown. Occipital pains are better when the head is thrown back. Pain over left eye. Leucorrhoea and pain in left ovary during menstruation. Cough after eating. Heat with thirst. Sweat on exposed parts of the body. Dense growths.

The face turns red for any reason. Aversion to meat. Nausea at the beginning of a meal and at midnight. Worse after midnight. Nosebleeds relieve pain. Headaches during menstruation. Morning right supraorbital neuralgia in the morning. Frequent nosebleeds. Asthma attacks after midnight. Better from slow walking. Prolapse of the rectum in children. Convulsive cough comes on in the morning and ends after eating. Chill between 3 and 4 pm. Diseases of the blood.

Purulent follicular angina. Small whitish dots merge into raids. Must move (Rhus tox.). The pain passes from the forehead to the back of the head. Morning chills. Cold sweat on forehead. Night sweat. Wet feet disease.

Diseases of the liver. Falls forward. Spasms of the eyelids. Belmo on the cornea.

Exhaustion from loss of blood. Diarrhea. Copious night sweats. Ascites. Bloating. Diarrhea immediately after eating. Cirrhosis of the liver. Gout. The pain is aggravated by movement. Sees objects in yellow and pink. Headaches every 2 days. Worse from touch. Better from pressure and in a warm room. Exhaustion from loss of fluids. Remedy for fear. Diseases of the kidneys.

Worms. Urine becomes cloudy quickly. At 1 pm paroxysms of chilliness with thirst. Heat in limbs with pain in abdomen. Insomnia. Cough comes on when moving. Itching in the nose. Headache appears before an attack of epilepsy. Epilepsy. Nose picking. Grinding of teeth. Jumping in a dream.

Crimson hemorrhoids. Leucorrhoea with weakness in the back. Burning discharge from nose (Arsen.). Stimulates the immune system.